Full Name
Yuval Noah Harari
Job Title
Historian, Philosopher, and Author
Bio
Yuval Noah Harari is a historian, philosopher, and the international bestselling author of “Sapiens: A Brief History of Humankind,” “Homo Deus: A Brief History of Tomorrow,” and “21 Lessons for the 21st Century.” His books have topped the New York Times and Sunday Times bestseller lists, were recommended by Bill Gates, Barack Obama and Mark Zuckerberg, and have been translated into 60 languages -- with over 20 million copies sold worldwide.

Born in Haifa, Israel, in 1976, Harari received his PhD from the University of Oxford in 2002, and is currently a lecturer at the Department of History, the Hebrew University of Jerusalem. His current research focuses on macro-historical questions such as: What is the relationship between history and biology? What is the essential difference between Homo sapiens and other animals? Is there justice in history? Does history have a direction? Did people become happier as history unfolded? What ethical questions do science and technology raise in the 21st century?

In 2018 Yuval Noah Harari gave a keynote speech on the future of humanity on the Congress Hall stage of the World Economic Forum annual meeting in Davos. Three months later, he presented the first ever TED talk delivered as a digital avatar. That same year, producer Ridley Scott and Oscar-winning director Asif Kapadia announced that they will adapt "Sapiens" into a Hollywood movie.

Over the last couple of years Harari has met with President Emmanuel Macron of France, Chancellor Angela Merkel of Germany, President Mauricio Macri of Argentina, President Frank-Walter Steinmeier of Germany, and Mayor Ying Yong of Shanghai. In 2019 Yuval sat down for public conversations with Chancellor Sebastian Kurz of Austria (on the future of Europe) and with Facebook CEO Mark Zuckerberg (on society and the future of artificial intelligence).

Prof. Harari lectures around the world on the topics explored in his books and articles, and has written for publications such as "The Guardian," "Financial Times," "The New York Times," "The Economist" and "Nature" magazine. He also offers his knowledge and time to various organizations and audiences on a voluntary basis. 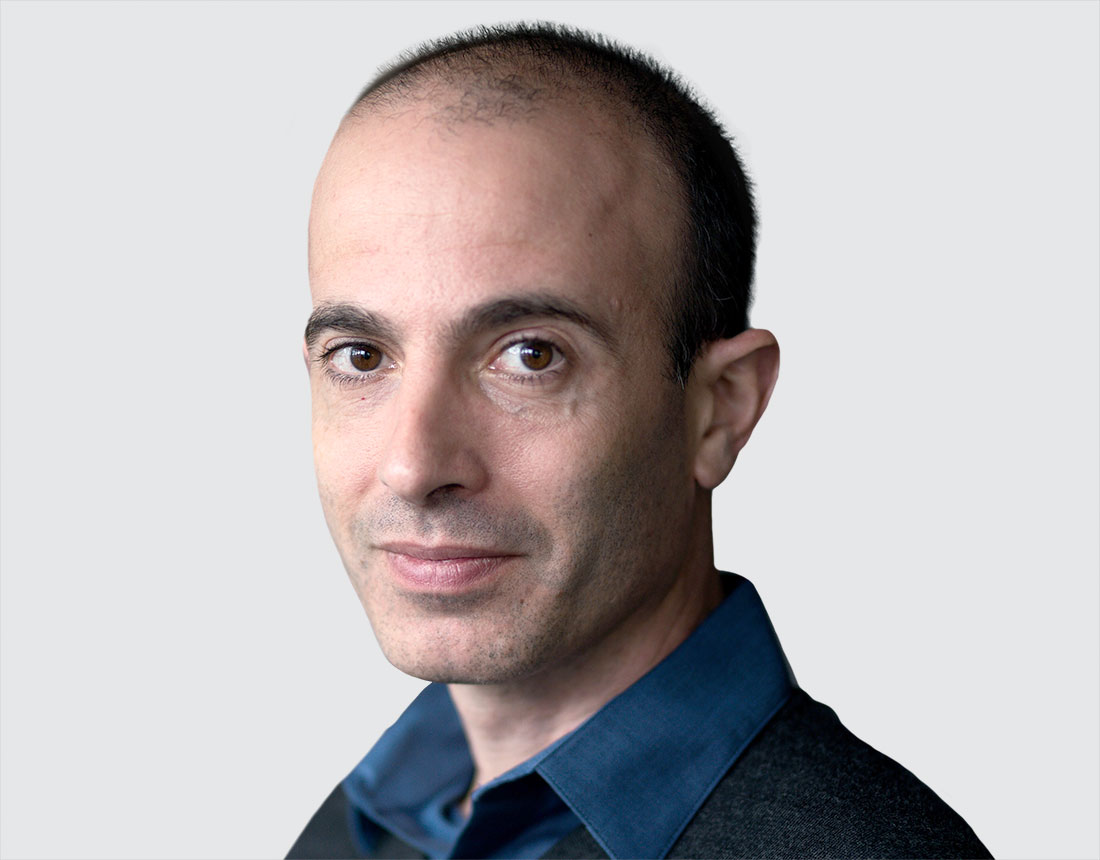